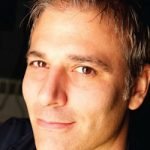 HEAVENQUEST is a new look at Pilgrim’s Progress – acting as a prequel to the beloved story written in 1678 by John Bunyan and cited as the first novel written in English. Director Matt Bilen joins us to discuss this upcoming movie, premiering in early 2020 but streaming on October 25 & 26, 2019.

Hailing from Chicago, IL., Matt is a breakout star in the making at the forefront of a new generation of faith-inspired film directors who are expanding the genre to new heights. Edgy, gritty and intensely visual in his unique style, and gifted in crafting lush new Fantasy and Sci-Fi worlds, Matt cites Alejandro Gonzales Inarritu, Ridley Scott, Christopher Nolan and Denis Villeneuve as his creative influences, with The Revenant and Blade Runner as two of the films that shaped him most as a filmmaker.
Matt has directed several award-winning festival films, including supernatural thriller The Key (2017 LA Independent Film Fest — Best Action Thriller Short) and dystopian sci-fi project The Return (2016 End of Days Film Fest — Finalist, Best Director). An accomplished Director of Photography as well, Matt was cinematographer on the popular and well-known faith documentaries Holy Ghost (2014), Father of Lights (2012), and Furious Love (2010) directed by Darren Wilson.

Please rate us on Apple Podcasts or your favorite podcast application or comment at YouTube. We'd appreciate it if you'd share our program with a friend and/or subscribe. If you wish you may also support our programs at https://www.patreon.com/onlinecoffeebreak