126. GALAXIES: Inside the Universe’s Star Cities – with Dave Eicher

GALAXIES: Inside the Universe’s Star Cities by Dave Eicher is out now!

In this episode we first briefly recap the successful launch of SpaceX Crew Dragon Endeavor, with NASA astronauts Bob Behnken and Doug Hurley. Then we dive into our conversation with Dave Eicher to talk all about Galaxies! 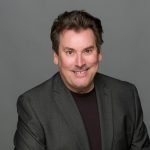 David Eicher, author of GALAXIES: Inside the Universe’s Star Cities

Dave Eicher is one of the most widely recognized astronomy enthusiasts in the world. He has been with Astronomy magazine for 34 years, beginning as an assistant editor and working through associate, senior, and managing positions. He has been the magazine’s chief editor since 2002. Dave joins us today to discuss his latest book, Galaxies: Inside the Universe’s Star Cities. In this episode we first briefly recap the successful launch of SpaceX Crew Dragon Endeavor, with NASA astronauts Bob Behnken and Doug Hurley. Then we dive into our conversation with Dave Eicher to talk all about Galaxies!

A native of Oxford, Ohio, Dave grew up around Miami University, where his father was a professor of organic chemistry. Rather than turning to chemistry, however, Dave was attracted to the stars as a 14-year-old when he spotted Saturn through a small telescope at a star party. Comet West really turned him on to observing, and Dave soon went far beyond to explore clusters, nebulae, and galaxies from his dark backyard — he soon was hooked on viewing deep-sky objects.

In 1977, Dave founded and began editing the magazine Deep Sky Monthly. Five years later, the publication moved with Dave to Milwaukee, turned quarterly, and was renamed Deep Sky, which was issued regularly until 1992. In addition to his book writing, Dave has written or edited hundreds of articles on all facets of astronomy, science and hobby. In 1990, the International Astronomical Union named a minor planet, 3617 Eicher, for Dave in recognition of his service to astronomy.

Dave become president of the Astronomy Foundation, the telescope industry and astronomy outreach group, in 2011.

Dave has appeared on CNN, CNN Headline News, Fox News Channel, National Public Radio, and other media outlets to promote the science and hobby of astronomy. He has written planetarium shows for Adler Planetarium in Chicago and film scripts for NASA.

In his free time, Dave has studied Civil War history; he has written eight books on the subject, including The Longest Night (Simon & Schuster), Dixie Betrayed (Little Brown), The Civil War in Books (University of Illinois Press), and Civil War High Commands (written with his father, John, Stanford University Press).

Dave is also enthusiastically interested in minerals and meteorites and has a collection of more than 1,500 specimens representing Earth and a smattering of asteroids in this branch of planetary science.

An accomplished rock and blues drummer, Dave enjoys jamming with his colleagues at Kalmbach Publishing Co., and the focus is on blues and blues-rock, centering on the styles of Eric Clapton, Jimi Hendrix, Cream, the Allman Brothers, Creedence Clearwater Revival, and others. Dave is also a big fan of the Green Bay Packers, and during the football season, you will often find him in Lambeau Field.

He lives in Waukesha Township, Wisconsin, near Big Bend, with his wife, Lynda, and son, Chris

Dave’s new book is out now: Galaxies: Inside the Universe’s Star Cities: https://myscienceshop.com/product/book/81404

Thanks to Jeremy Miller (https://www.jeremyrossmiller.com/) for sharing his space journey in this episode!

CHECK OUT OUR NEW SPACE SHOP!