Producer/Director Michael Pack joins us in this episode to discuss this incredible new film. Michael is CEO of the US Agency for Global Media. Michael has written, directed and produced numerous award-winning nationally broadcast documentaries as well as corporate and educational films.

CREATED EQUAL: Clarence Thomas in His Own Words

Although Clarence Thomas remains a controversial figure, loved by some, reviled by others, few know much more than a few headlines and the recollections of his contentious confirmation battle with Anita Hill. With unprecedented access, the producers interviewed Justice Clarence Thomas and his wife, Virginia, for over 30 hours. Justice Thomas tells his story, looking directly at the camera, speaking frankly to the audience. The documentary combines Justice Thomas’ first-person account with a rich array of historical archive material, personal photos, and evocative recreations.

CREATED EQUAL is now available nationwide to watch at home on digital/ VOD platforms, including Amazon, Apple TV and YouTube. 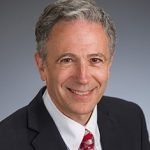 Michael Pack, writer/producer/director, is CEO of the US Agency for Global Media. Mr. Pack has written, directed, and produced numerous award-winning, nationally broadcast documentaries, as well as corporate and educational films. His most recent credits include: RICKOVER: The Birth of Nuclear Power, narrated by Joan Allen (2014); Rediscovering Alexander Hamilton, hosted by Richard Brookhiser (2011); God and the Inner City, narrated by Phylicia Rashad (2003); and Rediscovering George Washington, hosted by Richard Brookhiser (2002). All have been nationally broadcast on PBS. For more information, visit https://www.manifoldproductions.com/